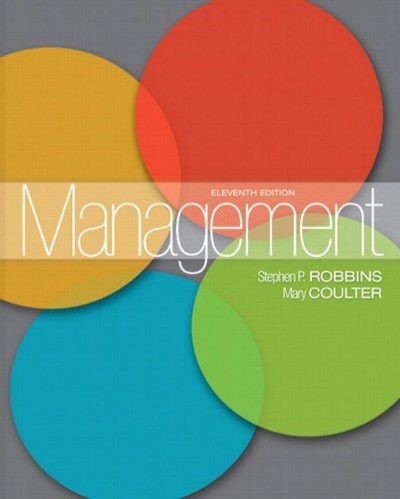 BALTIMORE
(Map, News)
–
I support slots whole-heartedly. Part of it is due to my grandfather. When I was growing up, my mother would take my brother and I to her parents’ Civil War-era farmhouse in Warrenton, Va., to see Grandad.

My Grandad loved horses and bred them for years. One of his horses won the Virginia Gold Cup in the 1950s.

He would often ask to be driven to nearby Charles Town Racetrack for the day. When Grandad was at the track, he was in his element. Even as he became old and frail, he could still pick winners. Horse-betting is, like most other things, a skill that has to be learned and then perfected. The luck involved is mostly for beginners who don’t know how to bet. Horsemen like my grandfather knew the game.

Del. Jon Cardin, D-11 argues that slots won’t really help racing in Maryland. As he correctly points out, in other jurisdictions where slots exist at the track, the handle (amount bet on horses) rarely increases, while solid gains have been shown instead in the size of the purses.

What this means in layman’s terms is that slots won’t suddenly make more people bet on horses, but they will increase the money spent at the track — and the number of people at the track.

Increases in purse size mean that more jockeys will want to race in Maryland and more marquee races will be held in the state. Or, put another way, Maryland will lose fewer marquee races, like the recently canceled DeFrancis Dash.

It will also mean that track owners will have money to spend on track improvements, making Maryland tracks more competitive with those in other states.

Former Gov. Robert Ehrlich’s 2004 proposal of adding 4,000 machines would have brought the state between $500 million and $1.3 billion, depending on whose estimate you believed.

No doubt track owner Magna Entertainment Corp. and the Maryland Jockey Club have been making unreasonable demands on the control of the money. Since slots have been billed as a way to save Maryland racing, the Jockey Club and Magna ought to be happy that slots are even on the table and start being part of the solution rather than the problem.

One simple solution is for the state to allow the machines only at racetracks and tax the revenue, with the caveat that at least 20 percent of all money earned must go to track improvements, and at least 10 percent to a locally-run neighborhood improvement fund to help support neighborhoods in track areas.

“The thing with slots is NIMBY — not in my back yard,” says Del. Nathaniel Oaks, D-41, who represents the area surrounding Pimlico. “You see, I have two large constituencies: African-Americans who live near the track, and Orthodox Jews who live further out, and both groups are concerned about the impact on the neighborhood,” say Oaks, “Nobody wants slots here.”

State Comptroller Peter Franchot also spoke against slots recently. “Let’s be honest,” Franchot said, “There is no such thing as limited slots. In state after state where slots have been legalized, the debate about expanding them begins before the first slot machine is turned on.”

But the state has the authority to control slots and to limit them only to racetracks. The crime argument is much debated, but few real answers exist for slots-only states without casinos.

In Bangor, Maine, where slots were introduced in 2005, police officials recently discredited an anti-casino group’s claim that slots caused a 22 percent increase in crime, according to the Bangor Daily News.

In Maryland, former Attorney General Joseph Curran said in a report that casinos bring enormous crime increases with them. He cited a 199 percent increase in Atlantic City’s violent crime and a 481 percent increase in its larceny rate in the first 15 years casinos existed.

However, slots are not the same thing as casinos. Slots are simply one form of isolated gambling, like horse racing. The bottom line is that the state needs the money, and horse racing needs saving.

With state control and a limitation only to racetracks, slots are the answer the state needs for lowering the $1.7 billion deficit and for saving a struggling industry in the process.

Online slot machines are very enjoyable game for people in all ages. Online slot game is one of the most enjoyable games in online casino. It can be enjoyed by men, women, youngsters and even older individuals. This slot machine is also known as fruit machines because it uses pictures of different fruits. If it's free three reel slot games you're after, you'll find it here at World of Slots. These games are considered the classic variant of slots entertainment and are simple to play with just one pay line.

Today, it is quite possible to play spectacular slot games on the internet, and while the basic premise of the game remains the same, the diversity of this pastime is quite staggering. Remember that you do not need to throw away any single dollar in your pocket just to play and exciting game like this.

There are lots of advantages that you can get out of playing an online free slot games. World of Slots brings players a world of entertainment, right to their fingertips without the need to commit to anything or pay a single cent.

It can be enjoyed by men, women, youngsters and even older individuals. Actually, online slot game is for people who are looking for some fun and excitement in their going day. This slot machine is also known as fruit machines because it uses pictures of different fruits.

Online slots machine are the modern type of slot machine. All you need to do is to press that click button and the game is set. Online games have helped a lot of people in diverse ways. For more people online slot machine serves as stress reliever for them. It can be a very enjoyable and relaxing game to play. If you are experiencing stress because of work or other things, you can play free online slot games and entertain yourself.

Free online slot game is not that hard to locate. You will find lots of websites intended for free slots Some of them will ask you to sign up for their website for free. All you have to do is to be a wise online user. Remember that you do not need to throw away any single dollar in your pocket just to play and exciting game like this.

There are lots of free online slot games in the internet and you will have lots of options. If you find website that is requiring you to pay for some dollar, then you have to stay away from this website and look for another one.

Online slot games today are very easy to manipulate and understand, it is very user friendly that is why you can rest assure that you can play easily without having to read and understand complicated rules that may add up to your stress. Adults and children can easily manipulate this game even if they do not have professional knowledge on computer.

Free online slot games are an aid to all people who are looking for pure fun and excitement.

Having fun online with the best slots games.

Having entertaining playing online slots games on the internet is seriously uncomplicated lately. All you'll need is known as a laptop or maybe a phone, an web connection and the best spot exactly where you play the game. You'll find an excellent quantity of web sites that provide these games, but if you want to get the perfect ones you may need to search slightly. A single of your most desirable free slots games that i've played is made by a organization named Microgaming, and they make many of the most desirable games which can be attainable to play on line, considering the fact that they've been producing them for a long time.
Also, you should also keep an eye out for the internet websites that can provide you with cost-free bonuses. The majority of them will offer new players a totally free bonus once they start out playing, and it may be implemented to play the paid games at no cost and with a small luck, you might even be capable of make some money without having to spend any. But even if you commit each of the bonus money, you can see that you will find two varieties of currency the actual 1 as well as the a single that you can get pleasure from the play slots games for free, which will be refilled each and every time you'll need to.

How to Find Free Slots Online

With today’s technology, you no longer need to leave the comforts of home to take a spin on a slot machine. Online gaming has taken course and since 1998 has been taking bets online. Millions of dollars have been spent by online users right from their home computers across the globe. With most online casinos offering slots and table games, users are drawn to the variety and convenience of online gambling.

But there is no need to spend real money when you want to spin the slots. You can play slots free of charge at many online sites. This guide will show you how to find free slots online so that you can spin the wheels without going broke.

Players in the United States are subject to the Unlawful Internet Gambling Enforcement Act which prohibits Internet gaming or gambling, including placing bets when playing online poker. Many financial institutions will prohibit the transfer of funds from U.S. accounts to poker websites per the bill. This page is for informative purposes only and does not offer advice on how to break these laws.

Many online casinos offer options of real play and free play. In real play, you can use your own money, and when you win, you can request that the money be withdrawn to your account. Or you can play for fun with free virtual money.

Many popular sites that offer both real money play and free play. Many of these sites have the option to play online or download their software. Free play amounts generally start at $1000 and can be topped up once the balance reaches zero again. When playing online without an account, you may need to start over each time you visit the site as you balance will not be saved.

There are also sites available that do not require any registration. These sites are free to play. The free slot games are similar if not exactly like the slots played with real money online. These games have variable bet limits, paylines and paytables. They also have the special bonus rounds, where you can win free spins and larger jackpots. The top three most popular free online sites for playing slots are: